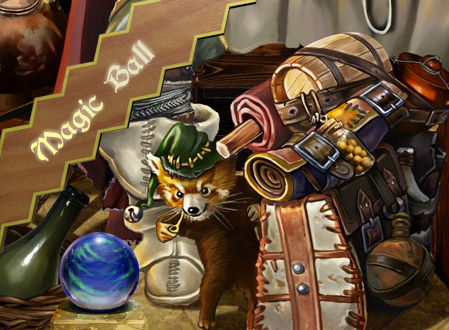 Dear backgammon masters! We are happy to announce the release of update 1.4.7, which will be available for download during the week. The update will be first available for iOS, Mac OS X and Android.

Full list of changes:
– The game now has a fully implemented chat, which allows players to communicate with each other, arrange matches, exchange experience or simply talk about various issues. The chat can be opened from the main menu by clicking on the blue ball.
– Chat is divided into two tabs: global and gaming. Gaming chat is only available during a game.
– Chat has two channels (Russian and international), which is determined by the game settings.
– Rating of players by ELO system has been implemented in the internet game. You can find out more about the ELO rating at www.2kbgames.com.
– Added levels. There are total of 7 levels, which are determined by your current ELO rating. The maximum level is 7, which requires 1800 points by the ELO system.
– The levels are portrayed by precious stones. The higher the level, the more expensive and beautiful the stone is. The level is portrayed besides the name of the player. For example, in the chat, in gaming lobby and also in player’s profile.
– New parameters have been added to the player’s profile: player’s level, ELO score, experience and amount of points until next level. The experience is equal with sum of all won matches. For example, in a match with outcome 3:1, you get experience of 4 points. Experience affects your ELO score, until you reach 400 points.
– Internet game now has a time restriction for moves. The player has to make a move within 90 seconds. In the future this limit will be selected by the player. The player who could not make a move, leaves the game room and the match ends.
– Changed algorithm for counting results in online game. Match counts as being ended prematurely if one of the players left the game or could not make a move within the given time period. However, now player quitting the game does not count as a loss, which is not fair to the players who are having internet problems. Upon leaving the game, situation of checkers on the board is being analyzed. The player who has less move count (pips) until bearing off of all checkers from the board, wins. However, no more than 90 moves. This means that you have to have at least all the checkers in your home board in order for match to be completed with a result. If the match is completed without a result, then whoever has more points in the current game wins. If the match is completed with a draw, for example, 2:2 or without a score, then ELO rating does not change for the players and the match counts as blank.
– The game now has Turkish localization. We thank C.M Turhan for helping us with the translation.You can choose the Turkish language in the game settings.
– Added a new game board “White crocodile”. The game board is very stylish, designed in white crocodile skin with black and red checkers. You can purchase this board at the game shop.
– Now the shop is being updated via internet upon entering the game.
– The shop is not available for OS X 10.6 and lower, since it does not support In-App Purchases.
– The game interface has been simplified. The backgammon style selection menu is hidden automatically.
– Statistics button for all games against AI has been removed from the bulletin board and is now available in the information window, upon pressing the computer icon in the menu.
– Tables have been optimized.
– The client-server system has been optimized.
– The game news will be loaded from HTTP protocol from now on, independent of connection to the server. This allows reading of news during maintenance of the server.
– A button linking to our site has been added in the credits.
– Fixed a bug in the game lobby.
– Fixed a bug with viewing of online games.
– Change of ratings and acquiring of achievements which are only accessible via GameCenter now only occur through the GameCenter system. Game in other modes (for example, internet game) does not affect the rating and achievements in GameCenter. In the upcoming versions internet game will have its own ratings and achievements.